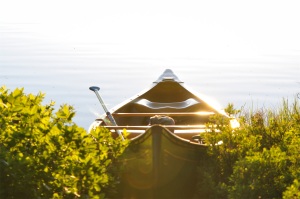 A little over 14 months ago my husband and I packed up our house, our dog, and our dreams to have a family in Australia, and we moved to the U.S. It had become very clear that God was saying, What you’ve been dreaming about is a good dream, but I’ve got a bigger and better dream for you. So 2014 was a year of new beginnings. A new country, new house, new school, new church, and new friends.

It was an amazing year. I grew so much at school, each semester I was blown away by what I was learning and absorbing. I got involved in ministries at church that I never thought I would be involved in. I started to get the opportunity to preach, which has been a dream of mine since I was 16. I went on my first mission trip and built houses in Mexico for under-privileged families. I got to see country music bands that my husband and I had dreamed about seeing for years, but never thought we would. I started running again. 2014 was a great year…

And then 2015 started and the Holy Spirit said to me, Don’t settle – 2014 was a great year but the journey has just begun and I’ve got so much more for you!

But over and over the Lord continues to say to me, Don’t Settle. And as the year has progressed my eyes have begun to see a glimpse of what He has in store. Dreams that I have had for as long as I can remember are going to become reality. But in all honesty I am scared, and not just a little scared… a lot scared. Its big and I know I don’t have the capacity or the power in me to do make this happen on my own. But I can’t ignore His command. God is calling me to be courageous and step out of the boat so I can walk on water just like Peter did in Matthew 14:22-33.  Its probably no coincidence that I have “Oceans (Where Feet May Fail” by Hillsong United on constant replay in my head… literally all the time!

All of this reminds me of a quote, which says, “Peter was not a failure because he looked down and began to sink. If anyone failed, it was the 11 who stayed in the boat, waiting to see if it could be done!”

I’ve let fear stop me for so long now… even with my blog posts. I’ve been so scared that I don’t have anything meaningful or inspiring to say that I’d rather say nothing at all than fail. But God doesn’t want me to be operating out of fear. He is a God of love and wants me to grow. He is calling me to be courageous and so that’s what I’m going to do, starting with this blog post. I’m not writing for you, I’m writing for me. I’m writing to be obedient to God’s command to step out of the boat. I’m stepping out…

And If I sink I trust that God is going to save me. He always does and He always will.

An everyday journey with Jesus Christ

Stitch Fix Blog
Only on tuesdays...

Live As A Masterpiece